The Graduate Center Library asks users to keep noise levels down and refrain from eating and other disruptive behavior. The following policies are posted throughout the library:

Library users must also adhere to Graduate Center policies and CUNY Libraries policies, as well as the CUNY Computer Use Policy and other university policies. 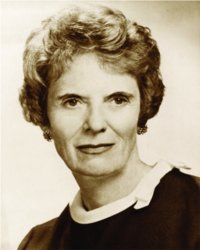 Dr. Rees was appointed the City University’s first Dean of Graduate Studies in 1961, when the doctoral programs were established. In 1969, she became the first president of the CUNY Graduate School , serving until her retirement in September 1972.

A distinguished mathematician and educator, she was acclaimed for the important role she played in mobilizing the resources of modern mathematics for the national defense during World War II, for helping to direct the enormous growth and diversification of mathematical studies after the war, for her influence in initiating federal government support for the development of the earliest computers, for helping to shape national policy for all basic sciences and for graduate education. Dr. Rees had a long and distinguished professional career. She received a B.A. degree from Hunter College and Ph.D. in mathematics from the University of Chicago, and began her teaching career in 1926 as a member of the Hunter College Mathematics Department. In addition to her more than 35 years at the City University, she served with the U.S. Office of Scientific Research and Development during World War II. She died in 1997.

The CUNY Graduate Center Mina Rees Library faculty and staff are committed to disseminating research and scholarship as widely as possible. We believe that open access to scholarship is critical for scholarly communication and for the future of libraries, and that it is central to CUNY’s mission of public education. We recognize the added value to public knowledge that open access publishing gathers for a work. For that reason, we pledge to make our own research freely available whenever possible by seeking publishers who have either adopted open access policies, publish content online without restriction, and/or allow authors to self-archive publications on the web. When necessary and when possible, we will negotiate with publishers to improve open access terms. We pledge to link to and/or self-archive our open access publications to make them freely accessible. Further, we pledge to support open access by lending our reviewing and editing efforts to manuscripts destined for open access.

Directions to the Library

Enter the library through the lobby of the building, on the 1st floor.

The library occupies three floors of the Graduate Center. The entrance is on the first floor, which houses the circulation and reserve desks, interlibrary loan office, and Dissertation Reading Room. The print and microform collections, reference desk, and library faculty and staff offices are located on the second floor, as are many study tables, computers, and scanners and other digitization equipment. The computer commons and several computer classrooms are located on the concourse level. Click a floor plan thumbnail to see a larger version: 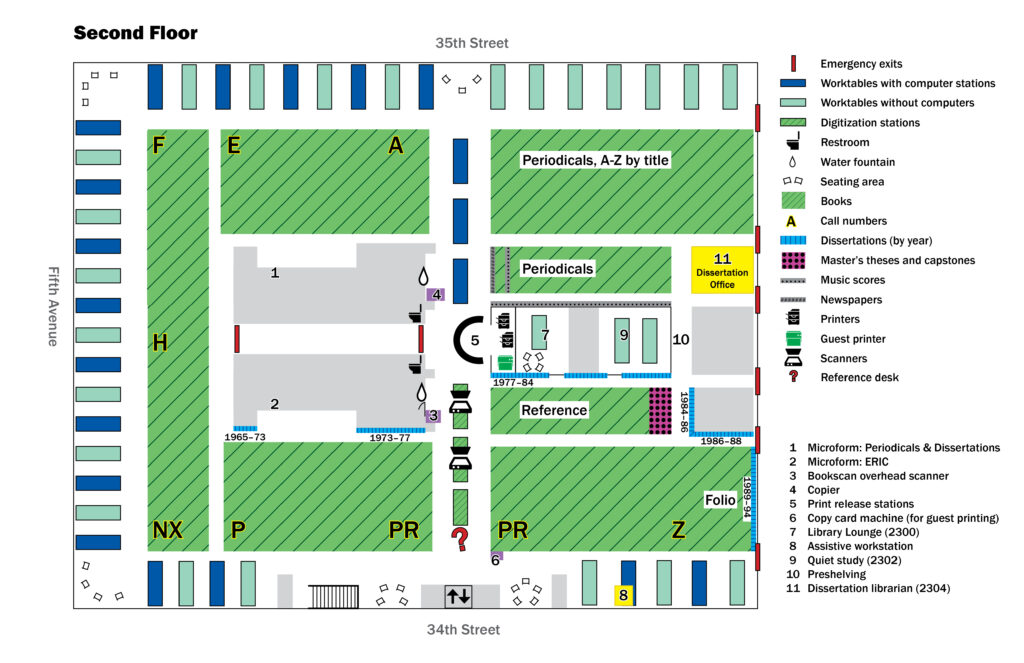 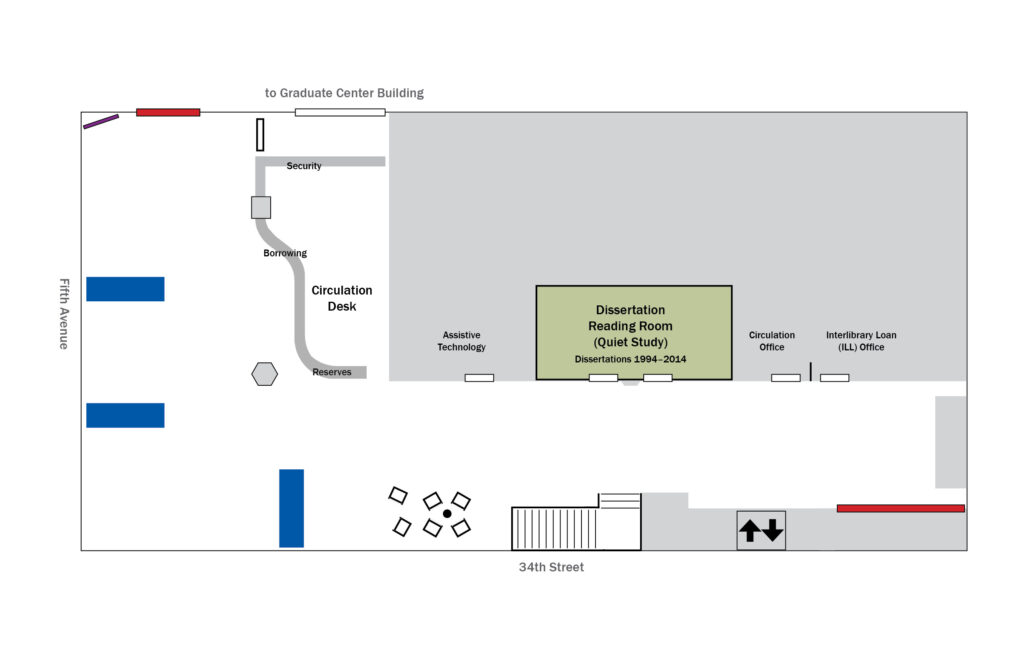 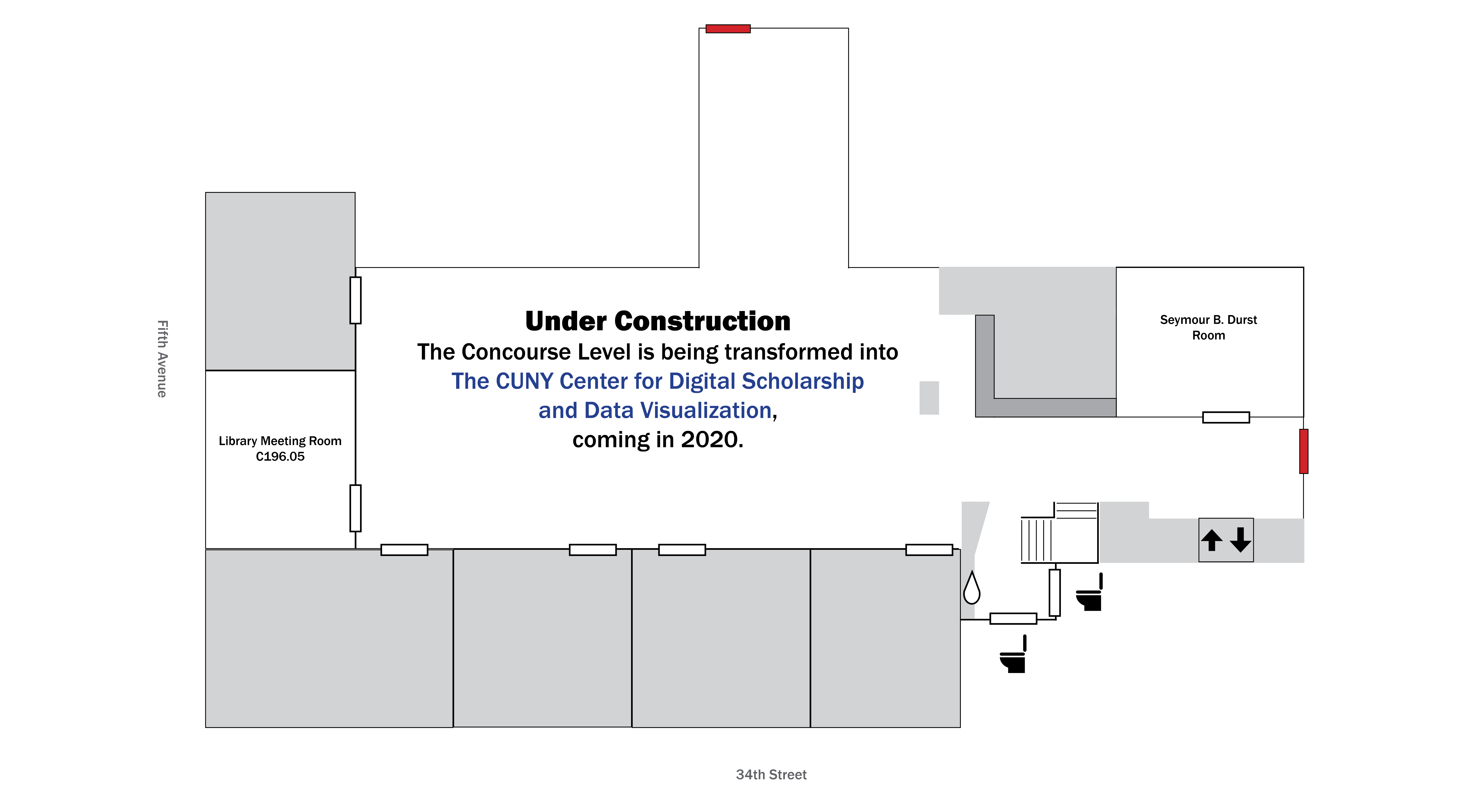