New York City is home to multiple zine collections. Be sure to check the access policies and open hours before your visit!

ArchiveGrid can help you to search by geographic area. Barnard College maintains an updated list of zine libraries nationwide, online, and around the world. 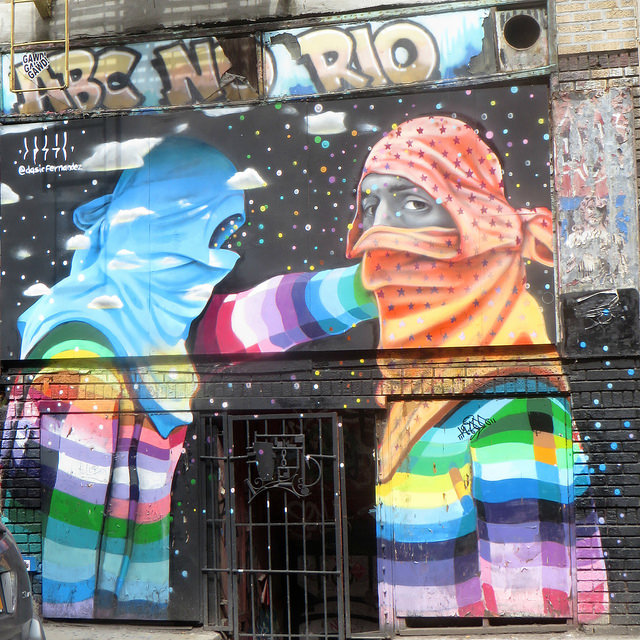 ABC No Rio - The long-running community space is home to 13,000 zines and other “independent, underground and marginal publications,” with a focus on “political and social issues.” The collection is temporarily housed in the Clemente Soto Velez Cultural Center while ABC No Rio is under renovation.

Lesbian Herstory Archives - Three boxes of zines by or about queer women, held in "the world's largest and oldest collection of materials about lesbians." The Archives also has a wide variety of alternative publications, including early women's periodicals from across the United States.

DITKO Zine Library - Formerly located at Silent Barn, a DIY event and music space in Bushwick, Brooklyn (2012-2018). Visits are by appointment only.

Image credit: "ABC No Rio" by Eden, Janine and Jim is licensed under CC BY 2.0 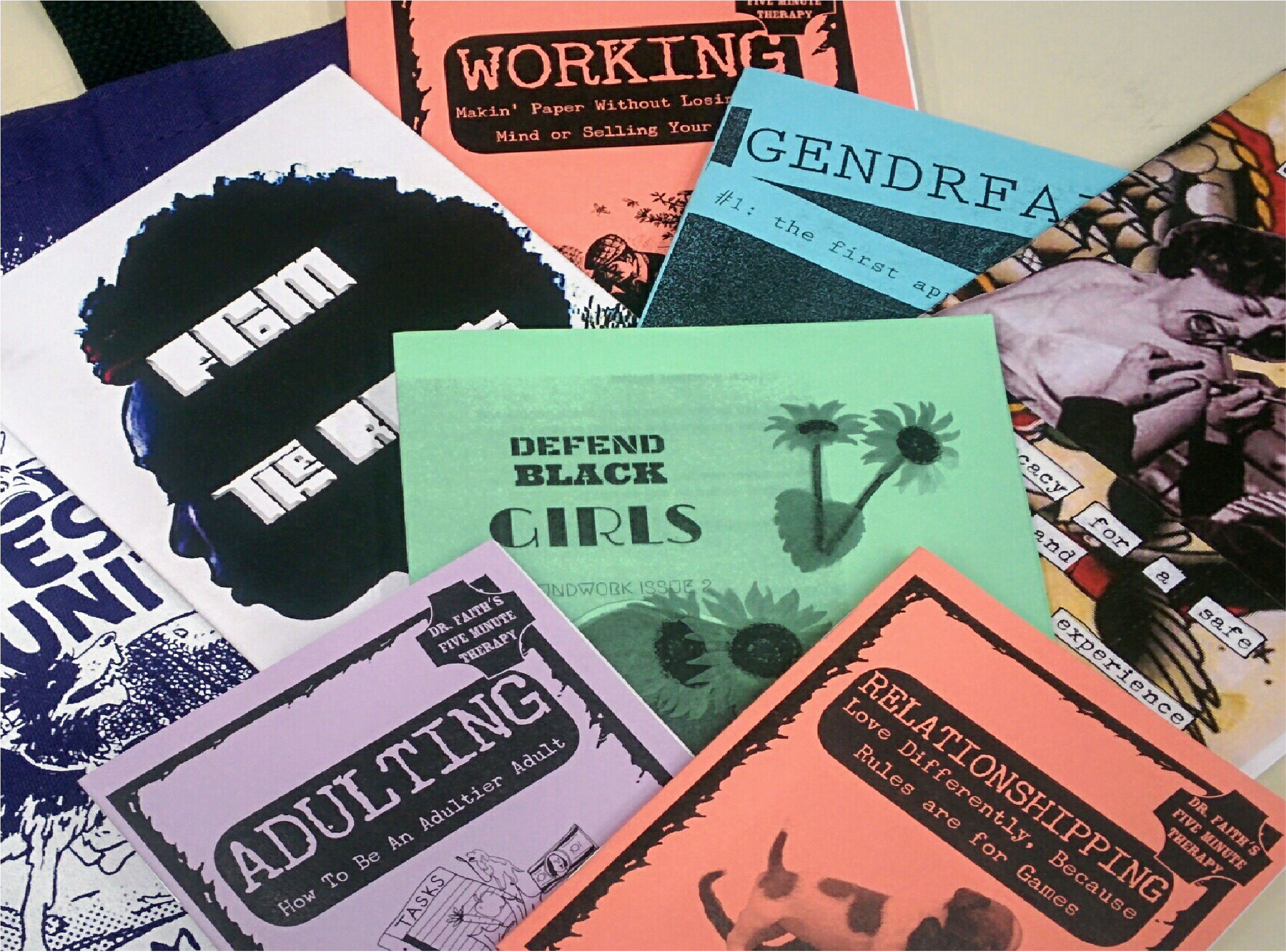 Lehman College Zine Library - The collection seeks to show " a unique perspective on the diversity, culture, and social fabric of the Bronx." The site notes that "any zine made by our students or alumni will be accepted...(regardless of where it was created or any connections to the Bronx)."

Brooklyn College Library - The focus is on works “created within or about the borough of Brooklyn,” and by alumni. The zines are publicly displayed on the 1st Floor of the Brooklyn College Library. Visitors not affiliated with CUNY are also welcomed, and may set up an appointment by calling the Reference Desk in advance of their visit.

Queens College Archives - Their holdings include zines from 1980-2014.

POC Zine Archive Project - The group seeks to  "make all zines by people of color easy to find, distribute and share." A few zines are available to download or read online. 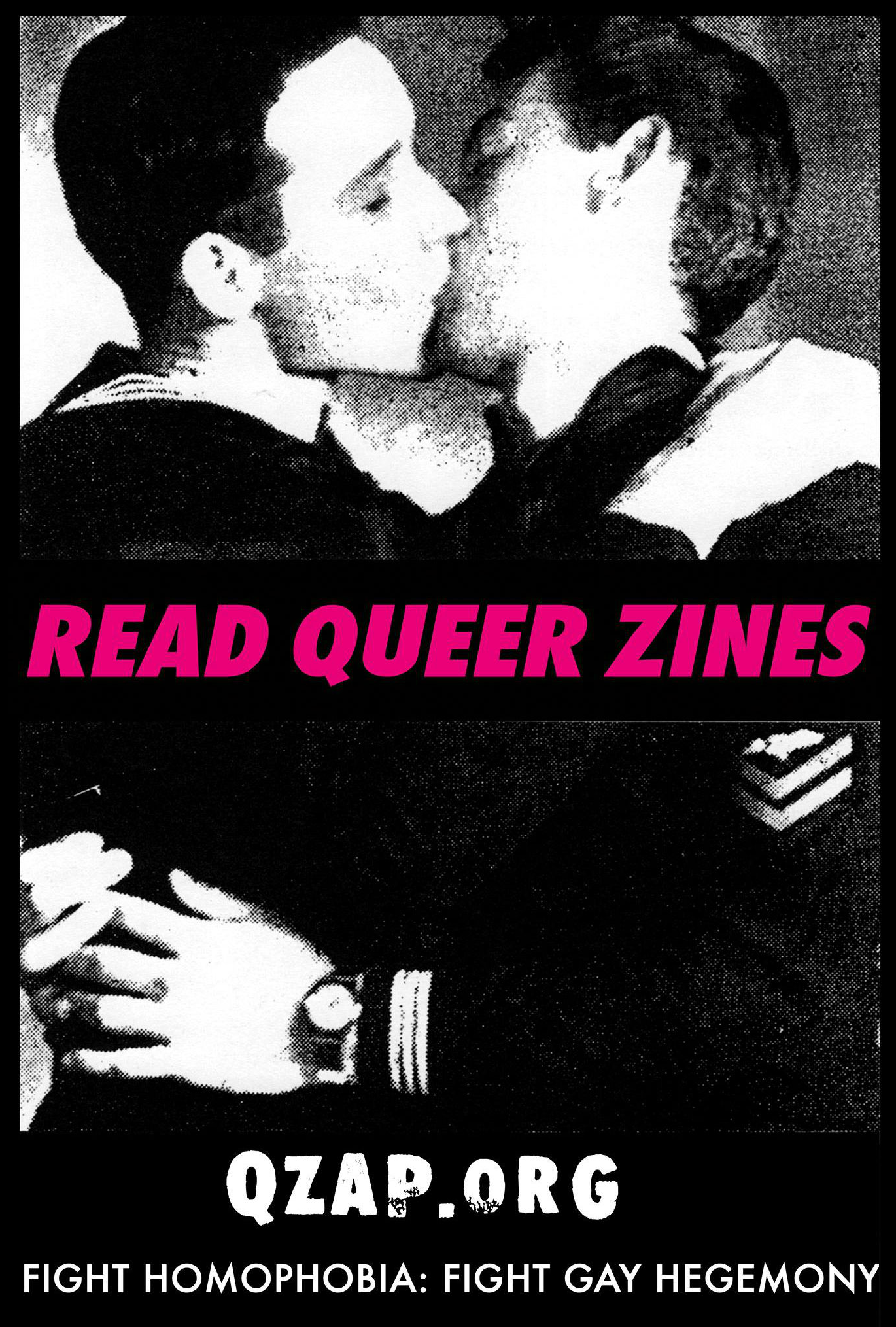 Queer Zine Archive Project (QZAP) - Founded in 2003, QZAP provides online access to hundreds of zines by and about queer people. This community-supported resource may be searched by decade, title, geographic location, or keyword. All zines uploaded to the site were digitized with the consent of their creators. Hundreds of additional print copies are archived at QZAP headquarters, located in Milwaukee, Wisconsin. The organization also hosts a series of invited zine residencies, to encourage research and facilitate engagement with the collection.

Barnard College Zine Library - The collection includes over 4,000 circulating zines “created by women (cis- and transgender), with an emphasis on zines by women of color.” You can search for zines in the Columbia University Libraries Catalog (CLIO), and request the zines through Inter-Library Loan via your own institution. The zine library is one of the most active in the NYC area, hosting both the NYC Feminist Zinefest (annual) and Brown Paper Zine Fair (2018). 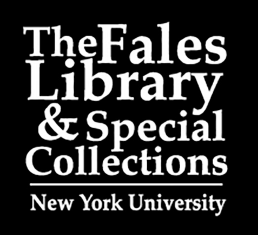 New York University (NYU) - Zines can be found in the Fales Library Special Collection, along with other materials relating to the riot grrrl movement.

Pratt Institute - The focus is on zines and artist books with a strong visual presence.

New York Public Library (NYPL) - The zine collection at NYPL is housed in the DeWitt Wallace Periodical Room at the Stephen A. Schwarzman Building.

The SoapBox - The Philadelphia print-shop has an expanding zine library.